One of the most recent VICE NEWS episodes entitled “Cowboy Capitalists” follows the excitement of an American entrepreneur and his imported truck drivers as they fulfill a contract to bring U.N. construction vehicles from Johannesburg to Juba, South Sudan. The intrigue of the story lies in the mass of corruption and red tape that these men have to trudge through on the long journey north. At one point one of the trucks gets smashed by a drunk driver from behind, and the local police release the drunk while threatening to impound the truck. At another instance a truck was pulled over for being a meter too wide, and offloaded for almost a week under little or no regulation. 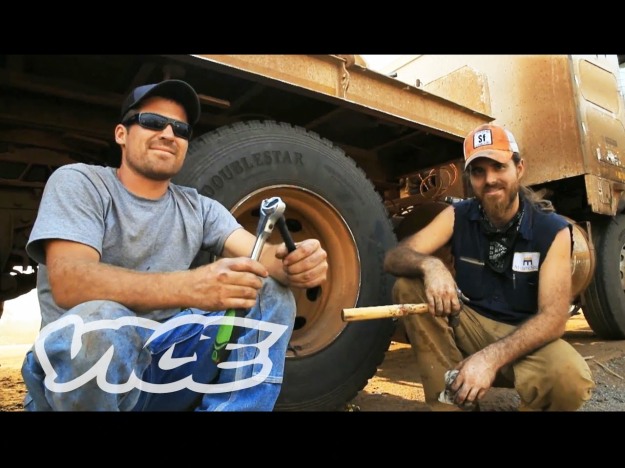 Throughout the journey, the drivers are constantly stopped and inspected by the police of the numerous nations they pass though, and they have to talk their way out of some sticky situations. All the way through they are also dealing with very worn, out-of-date machinery, and they need to constantly monitor and fix the mechanics of their trucks, including stuffing bananas into the axel for lubrication. 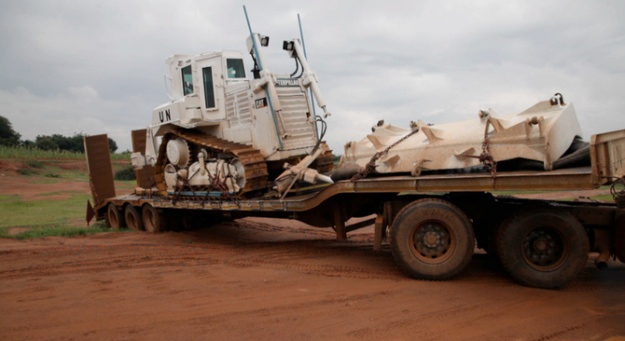 The story of the trip in itself is an interesting one, but perhaps not worth the long documentary. The message of the full length episode, however, is what really caught my interest. The name itself – ‘Cowboy Capitalists’ – gives a great impression of the attitudes that these entrepreneurs who are looking to make it big in the “unchartered continent” have. Ian Cox, the entrepreneur in charge of this contract who has spent many years working in Sudan and other nearby nations, shares his interpretation of the vast lands of Africa; they are unchartered territories for business development. In the true spirit of capitalism, and seeing themselves as modern day cowboys in the only wild west left in the world, these men have moved to Africa to strike it rich through sweat and hard work.

It is all highly romanticized and thoroughly interesting from an economic development lens. Deep down I hope that what becomes of such interactions are win-win relationships for local economies and the western cowboys, but my gut tells me otherwise.